For most of us across the world social networking sites have become a daily source of information and fun, but for some this sort of internet content is censored. China springs to mind, as it is home to the ‘Great Firewall’, a government run project designed to control internet access among the people in that country. Sites such as Facebook, YouTube and Twitter are blocked within China, and for those who use Twitter to communicate regularly, when travelling in China this can present a real problem. So, how do you unblock Twitter in China? In fact, it may be easier than you think. 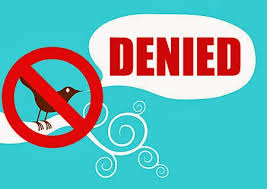 The Chinese government is concerned at the way the internet allows users to access content that may be considered subversive, obscene, or that it simply considers to be not fit for the people. As social networking sites such as Twitter are largely a free chat forum, Chinese users could easily read comments that the government does not want it to see, either from anti-Chinese commentators or political adversaries. Wikipedia, and Google to an extent, are similarly censored.

Why A VPN is Essential

As the 21st century rolls on so China becomes not just a major economic power, but a country increasingly popular with tourists. The government cannot restrict the carrying of handheld devices by those entering the country, so it implemented the Great Firewall as a way of keeping content restricted. It does so by using a select few government controlled DNS servers; a virtual private network, or VPN, gets around this by allowing users to choose a server, from within China, that is not inside the firewall restrictions.

How Easy is it?

It is very simple indeed; you simply download your chosen VPN package – they cost a small amount that is well worth the investment – and use it as your chosen access server each time you log on. You can choose servers from all over the world, and instantly access Twitter, Facebook and more, from within countries that geo-restrict content, including China. It’s a vital tool not just for tourists, but also for business users who may wish to contact others in their down time.